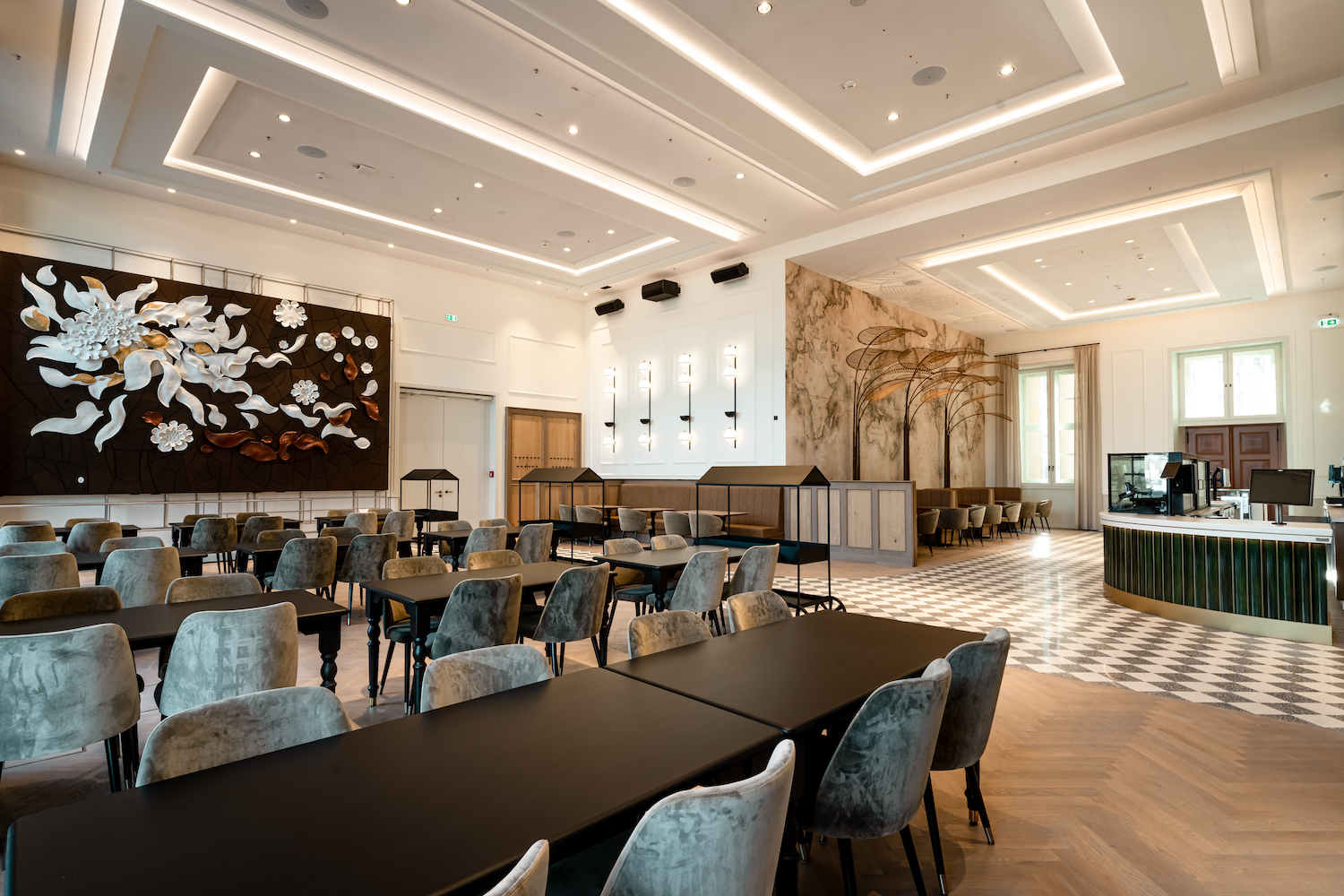 The Humboldt Forum in the re-built Berlin Castle received a culinary addition. Since July 2022, the Wilhelm Alexander, named after the two Humboldt brothers, invites to enjoy in the north-eastern area of the castle.

To be precise, it is about two different gastronomic offers in the location between the Schlüterhof and the Spree shore: The casual fine dining restaurant Wilhelm with German-French cuisine and the internationally oriented Alexander deli.

In both the Wilhelm and the Alexander guests can also eat outside: Surrounded by baroque facades, the restaurant offers an area in the Schlüterhof, while the deli offers seating areas on the Spree terraces with a view of central Berlin landmarks. But the inner spaces also assure a pleasant atmosphere with lots of green and warm wood tones as well as special elements such as golden palm leaves.

On the culinary journey of the Humboldt brothers 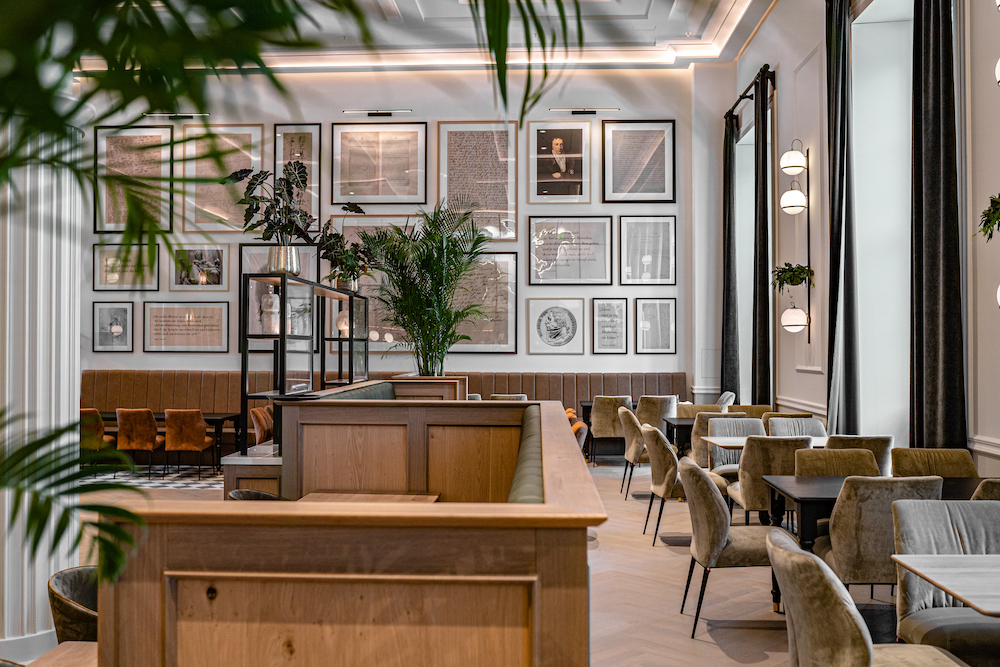 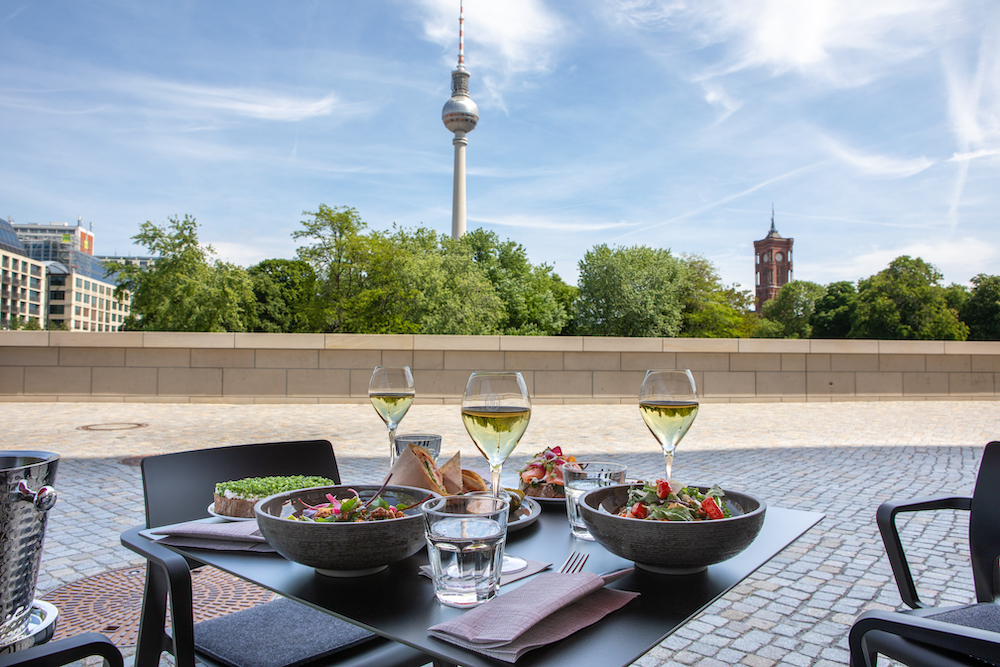 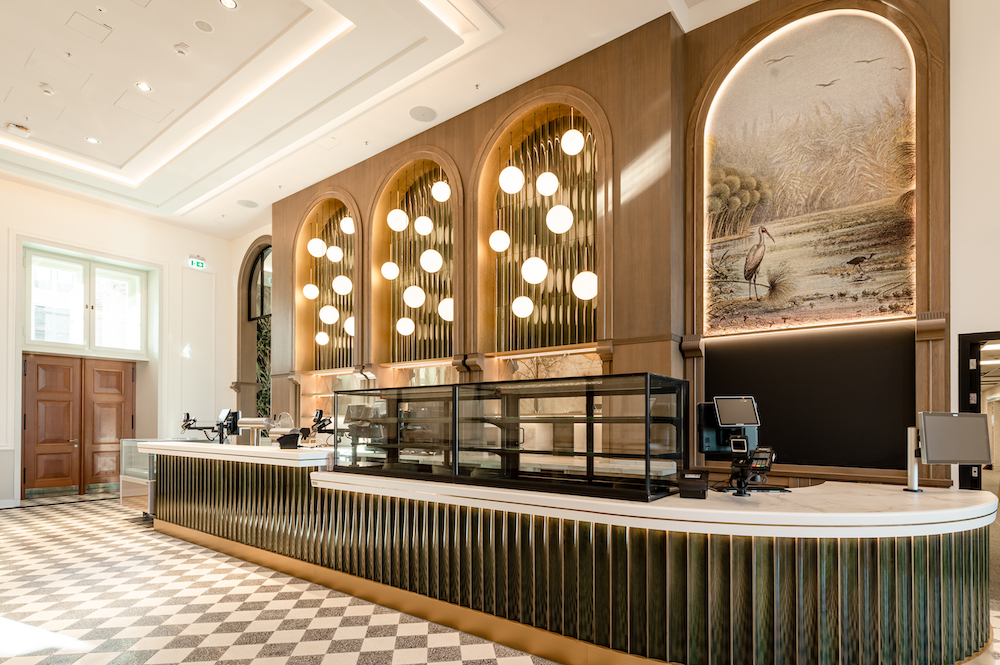 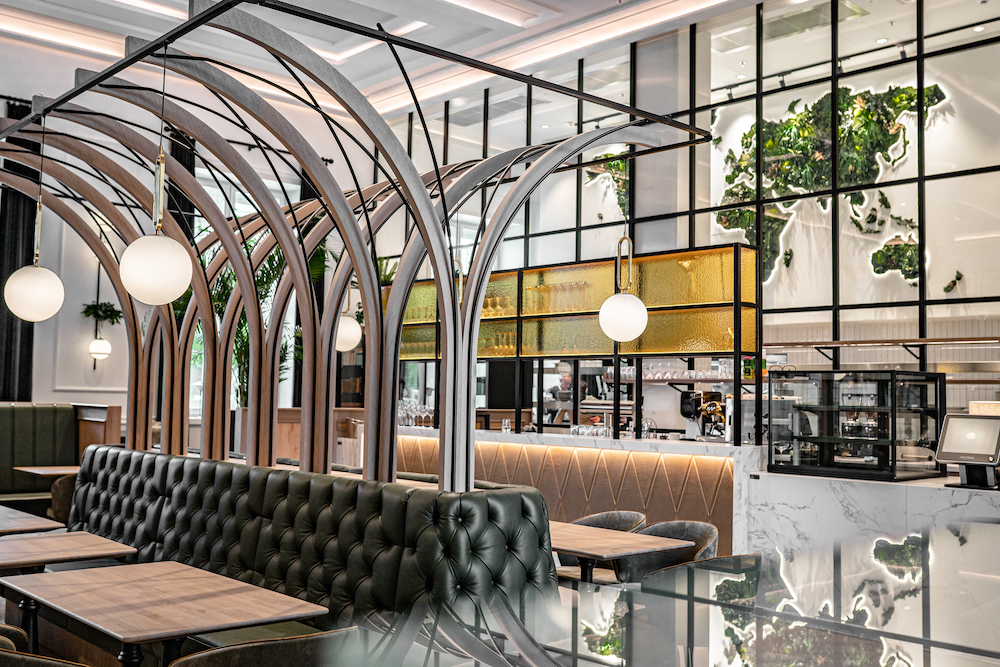 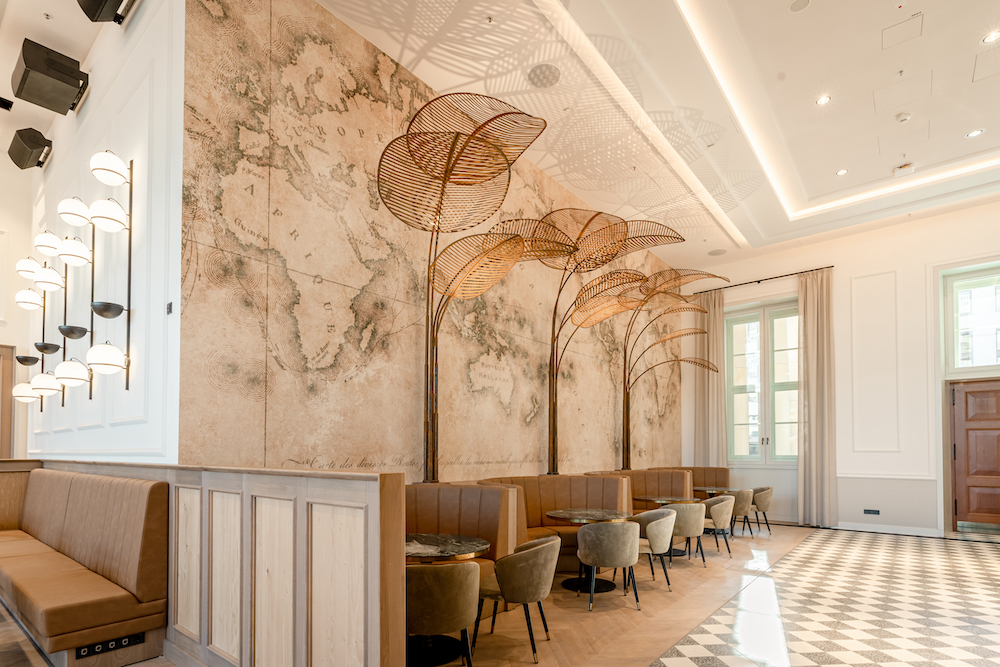