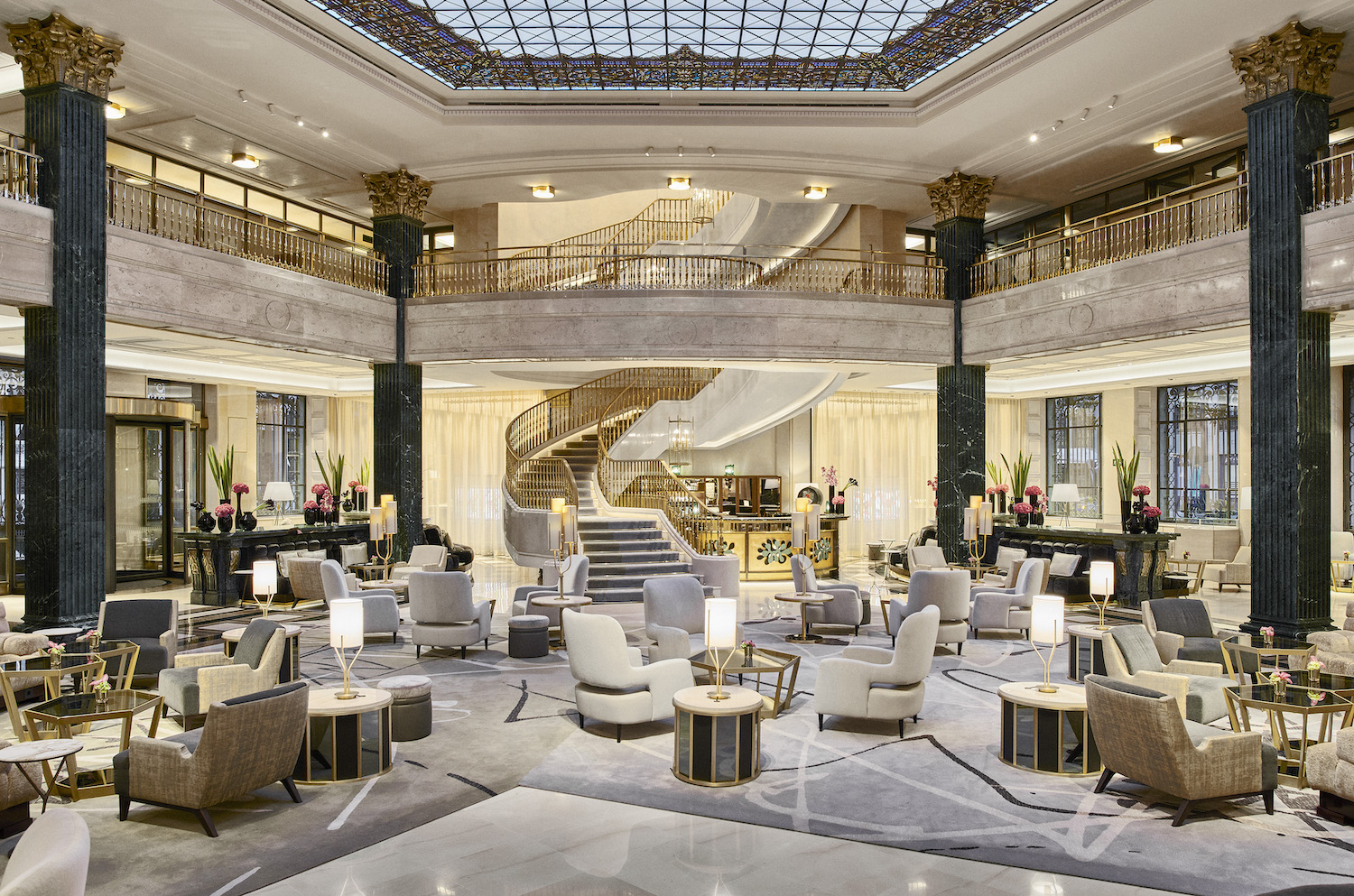 Located between the two most known and visited squares of the Spanish capitol, the Puerta del Sol and the Plaza de Cibeles, Spain’s first Four Seasons Hotel can be found since September 2020. The hotel building is the famous El Palacio de la Equitativa, built between 1887 and 1891 and thoroughly renovated between 2012 and 2019, and whose copper crowned bell tower is an architectural highlight that can be seen from afar.

The interior unites contemporary and classic style elements in an elegant manner, whereby the unique character of the hotel is marked by the re-use of 19th Century historic elements. Another factor that shape the appearance are the colors: The complex palette covers subtle as well as saturated shades and reflects Spain’s special color world.

The old Palacio in new shine 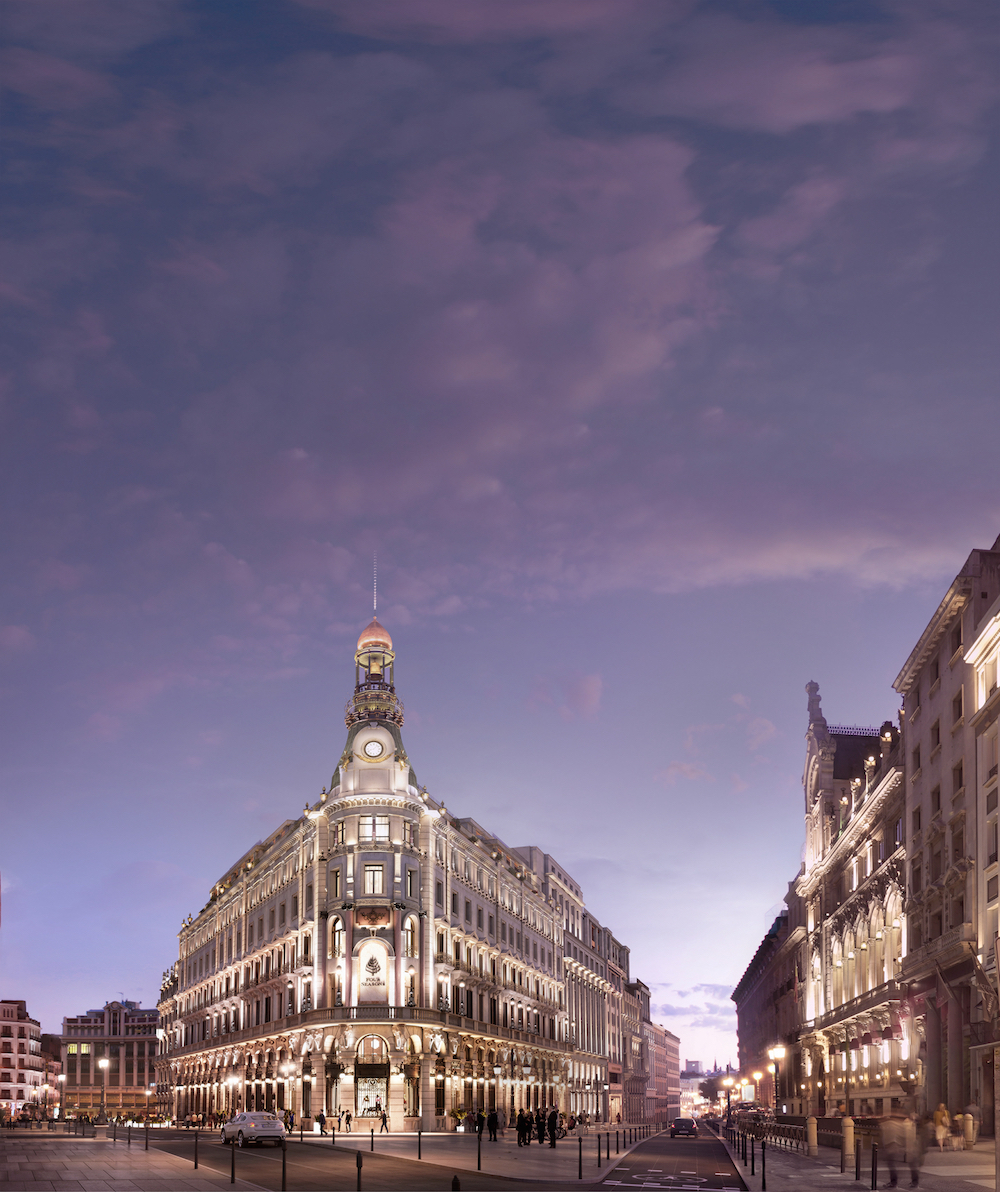 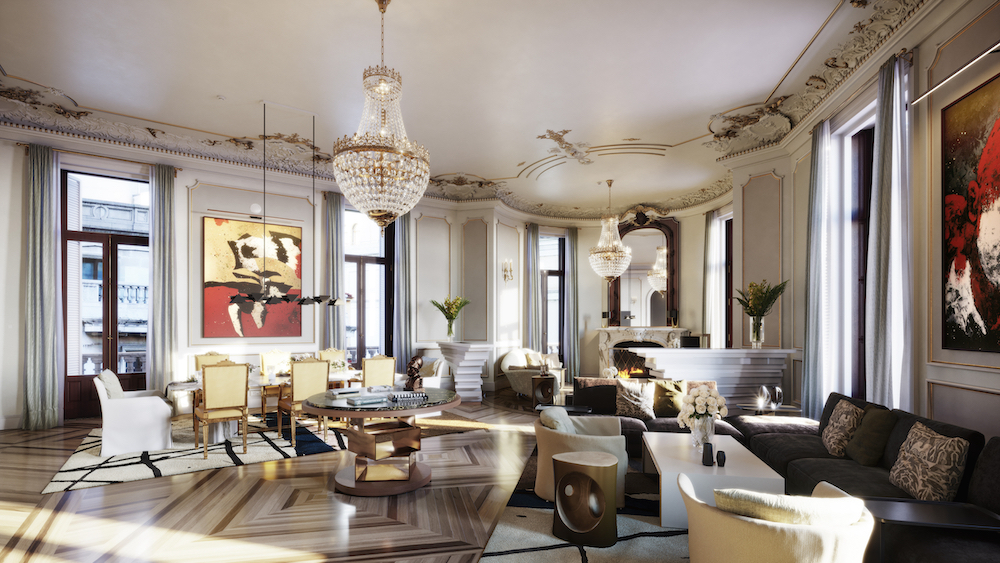 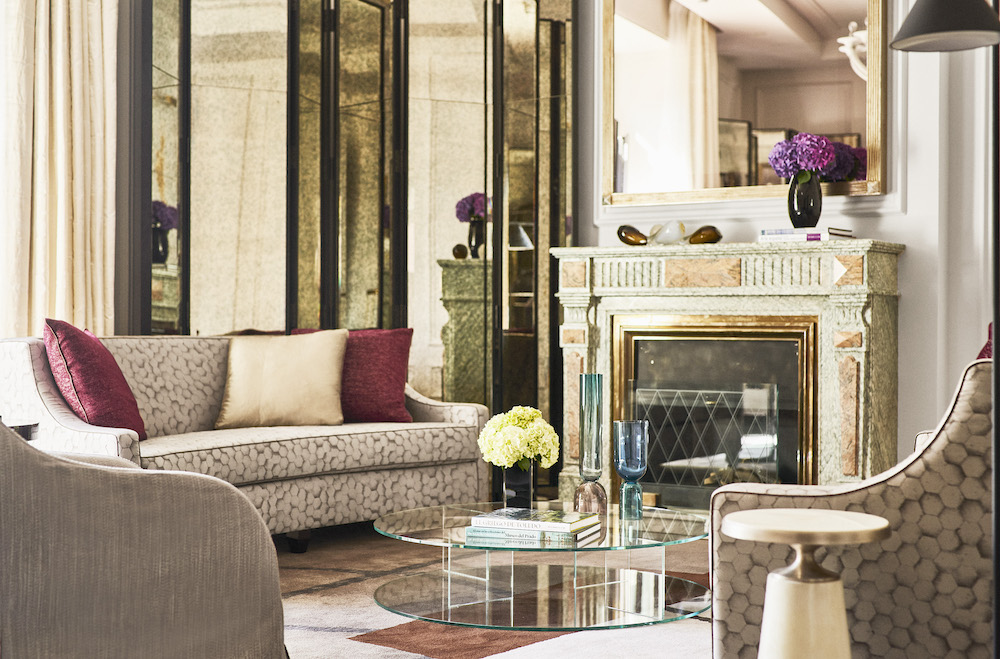 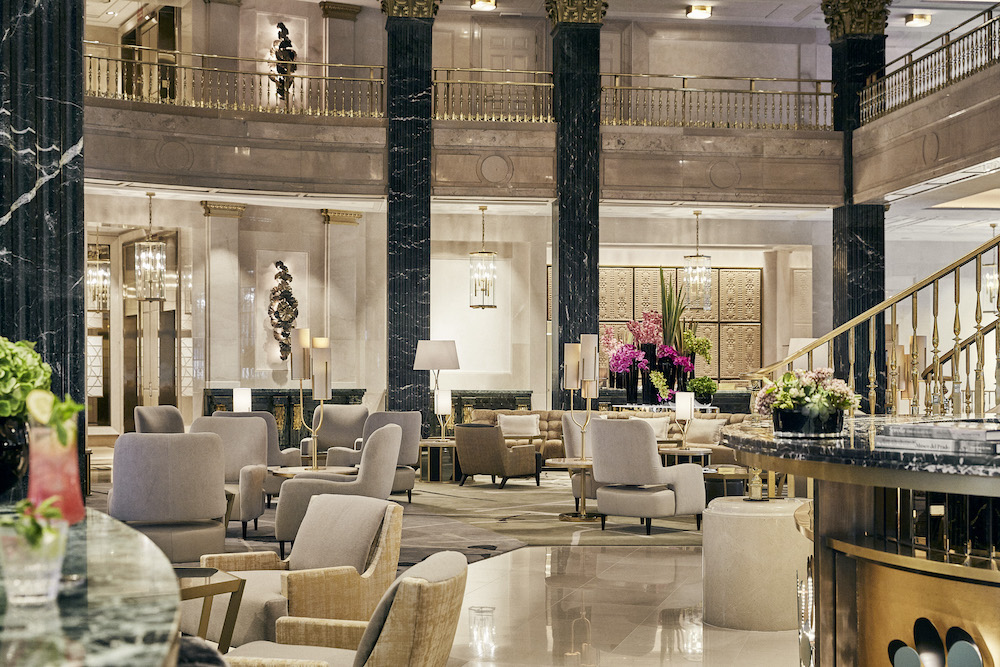 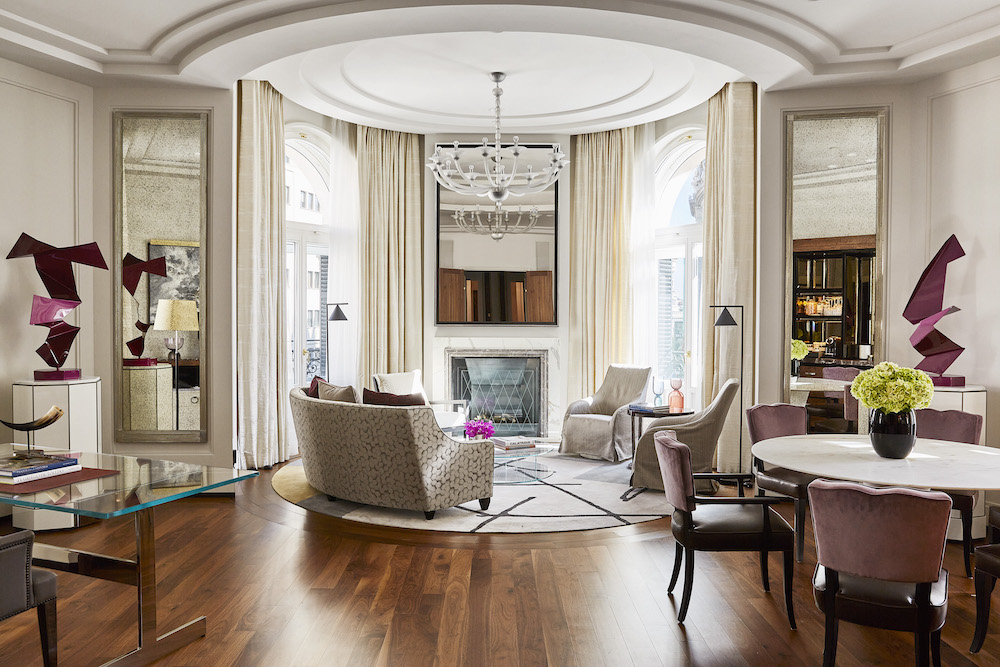