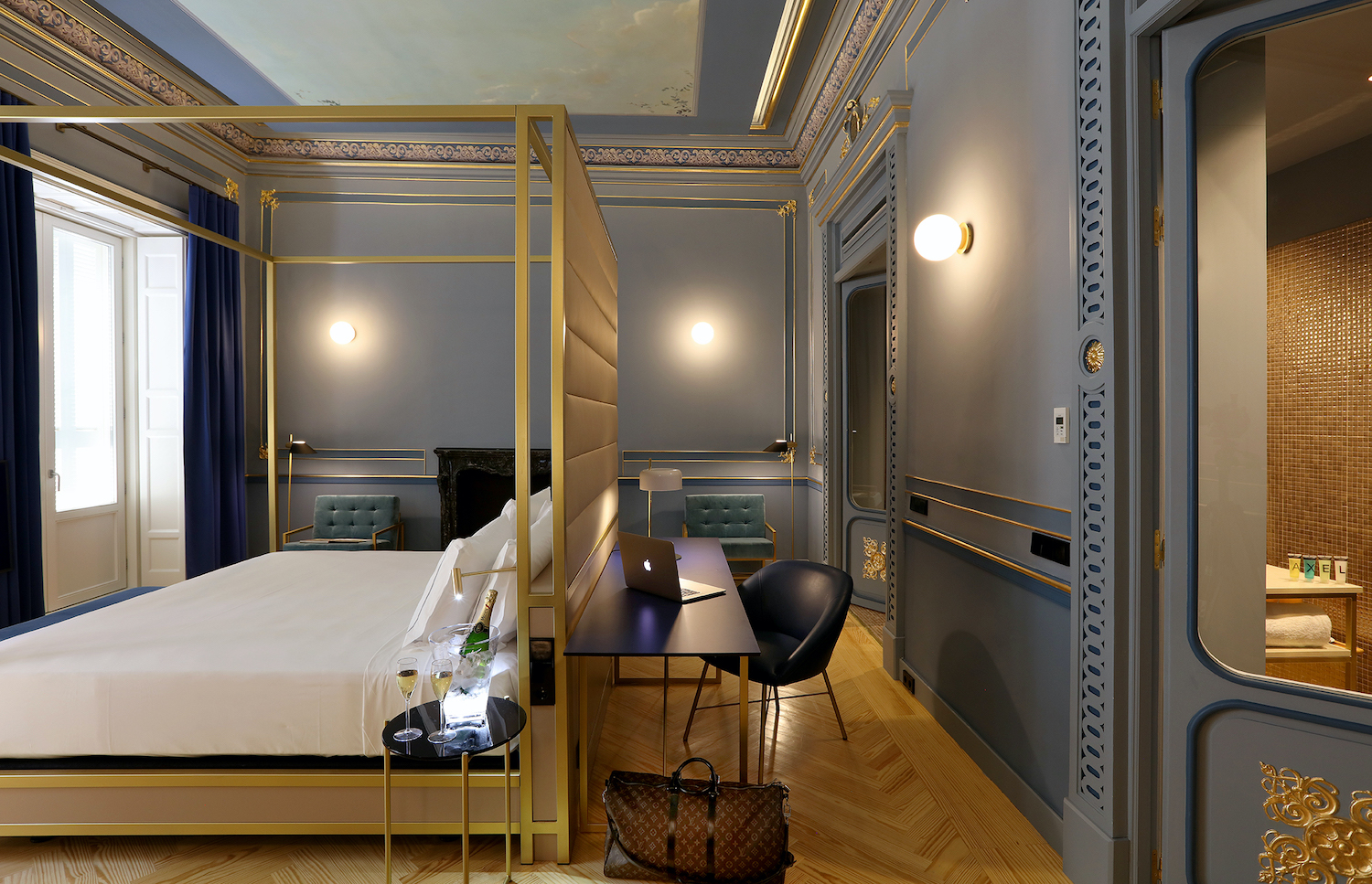 The houses of the hotel chain Axel were developed for the interests of the gay and lesbian community.  The want to create freedom spaces in which diversity is welcome and promoted and in which this topic has highest priority. The location is more than noble: The highly awarded hotel is located in a palace-like 19th Century building. Rich in decorated ceilings, intensive colors, baroque decor elements and golden shades hint towards the historic heritage of the construction. The design of the ‘new’ rooms picks up references to the aesthetics of bullfights and to the traditional Spanish lace and silk veils, the Mantilla.

One should not miss the restaurant Las Chicas, Los Chicos y Los Maniquís and the Bala Perdida Club. Both were designed by the studio El Equipo Creativo 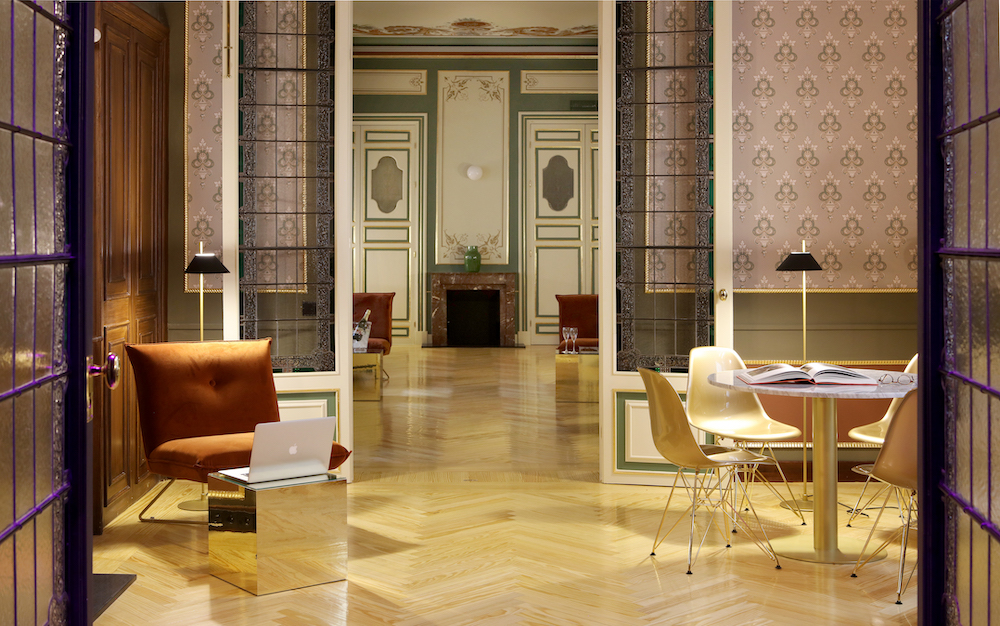 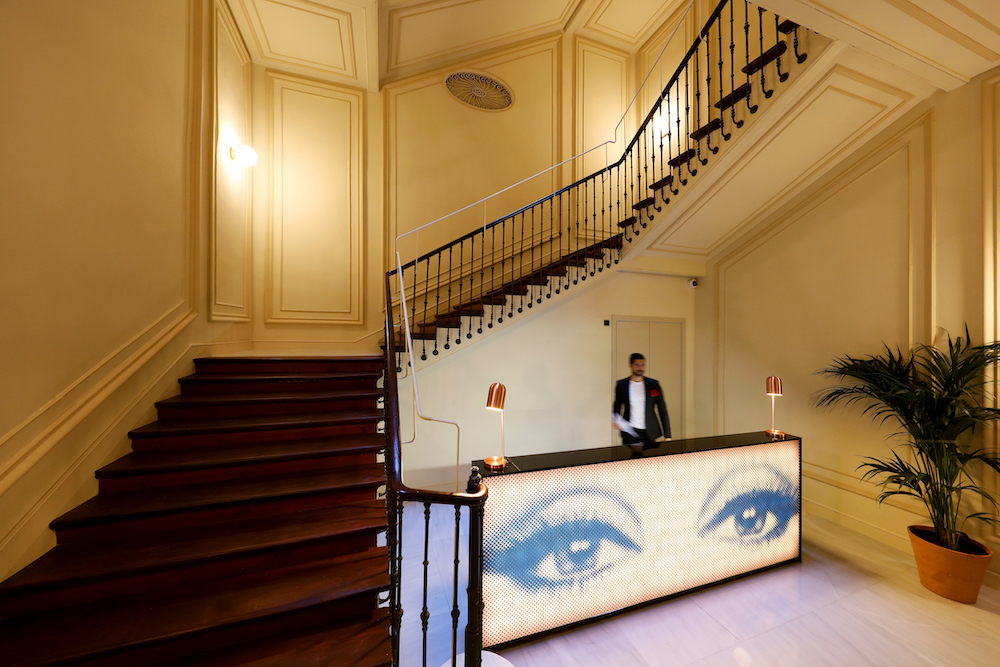 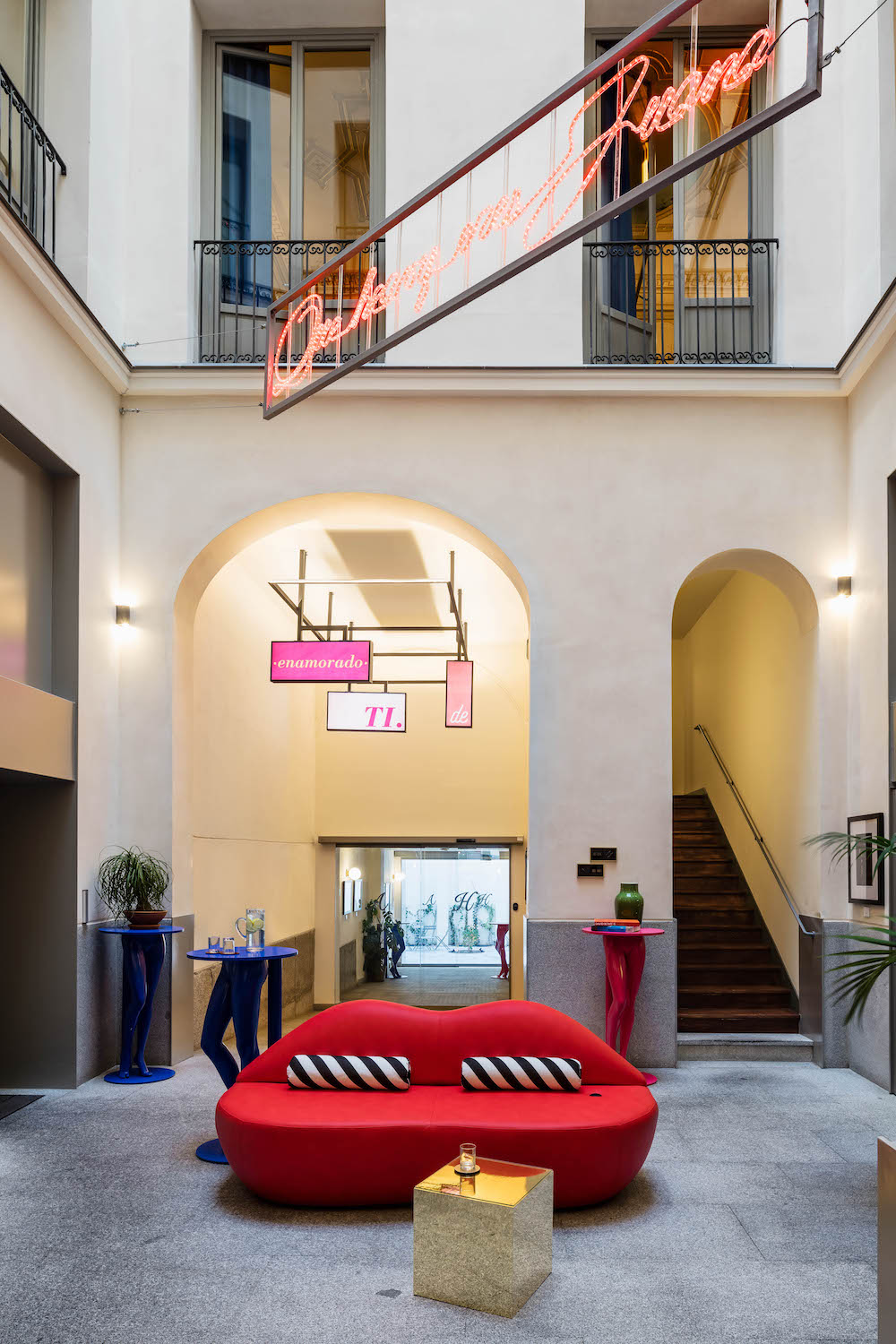 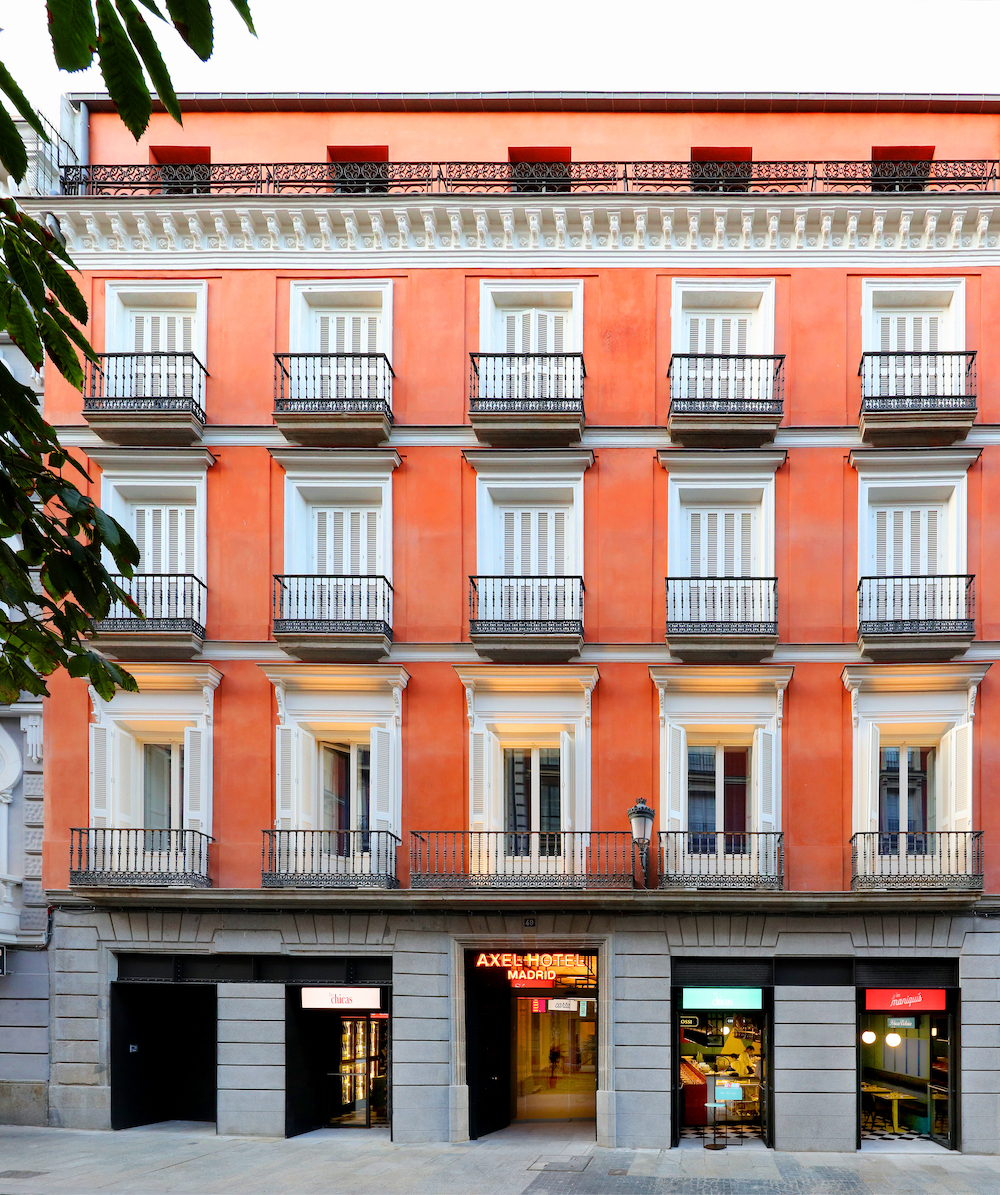